There are as many marriage proposals and ways of doing it as there are couples in the world. If certain couples prefer a simple proposal, made during their daily routine, others seek to ramp up their ingenuity to make an extravagant marriage proposal. For Justin Lebon and his fiancée Michal Ott, two young people who love traditional board games, this Monopoly based proposal was the obvious way to do things!

It was 2014 and the young lovers were spending Christmas together, when Justin made the proposal to his girlfriend, whom he had met on an online dating site. To build a tailor-made game of Monopoly, he spent hours creating playing cards on Microsoft Excel, as well as the actual game-board, including the various locations that were special to the couple.

“I handed her the dice. They only allowed her to score a ‘7’: the number she needed to land on ‘Chance’, where she found the card asking “Will you marry me?” She read it out in a high voice and asked “Is this for real?” The card said “Advance to Luxury Tax”. Once her piece was placed on the Luxury Tax square, Justin got into position and took out the ring hidden under the square on the board, to offer it to his future wife.

Here are the pictures: 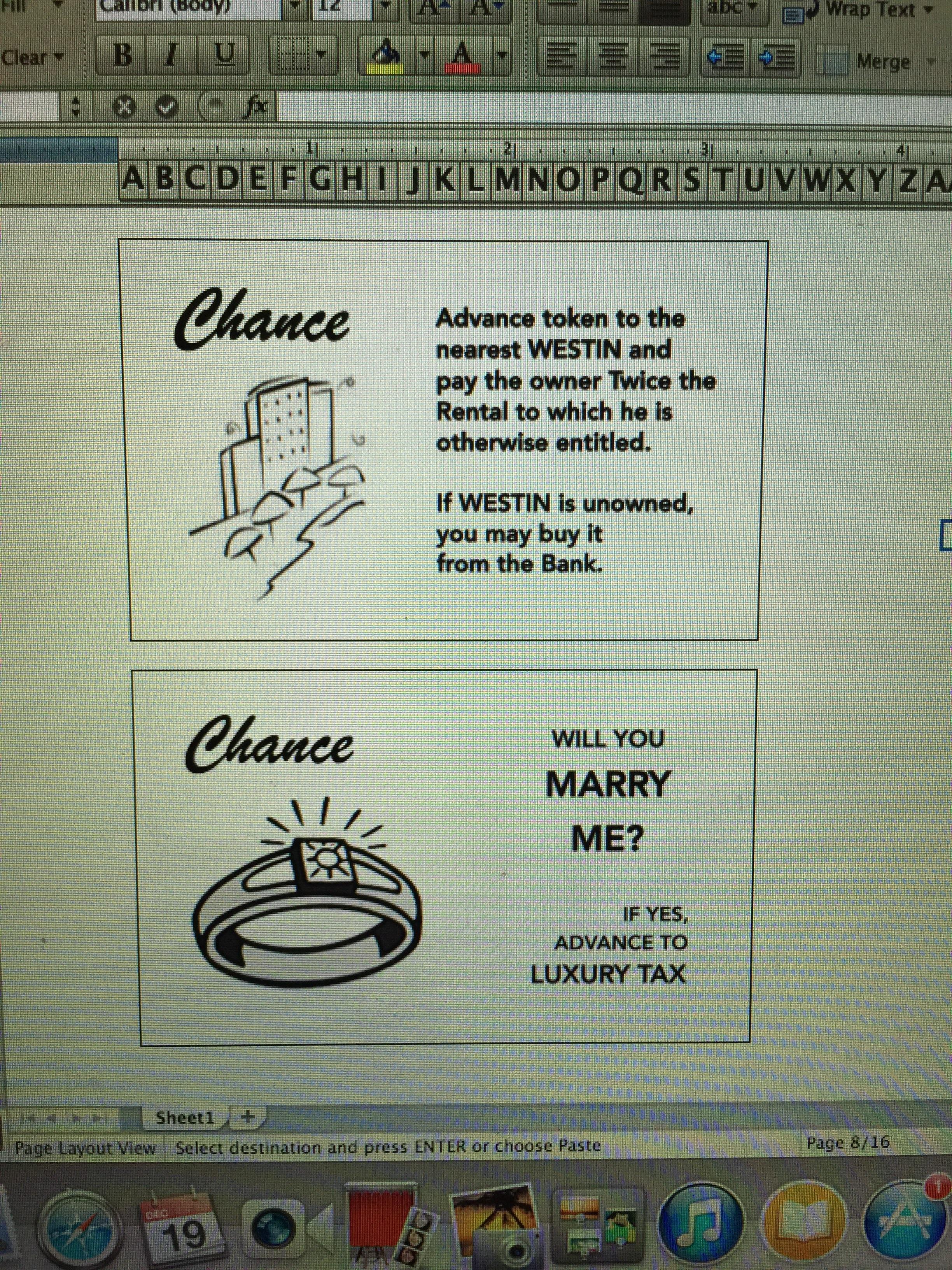 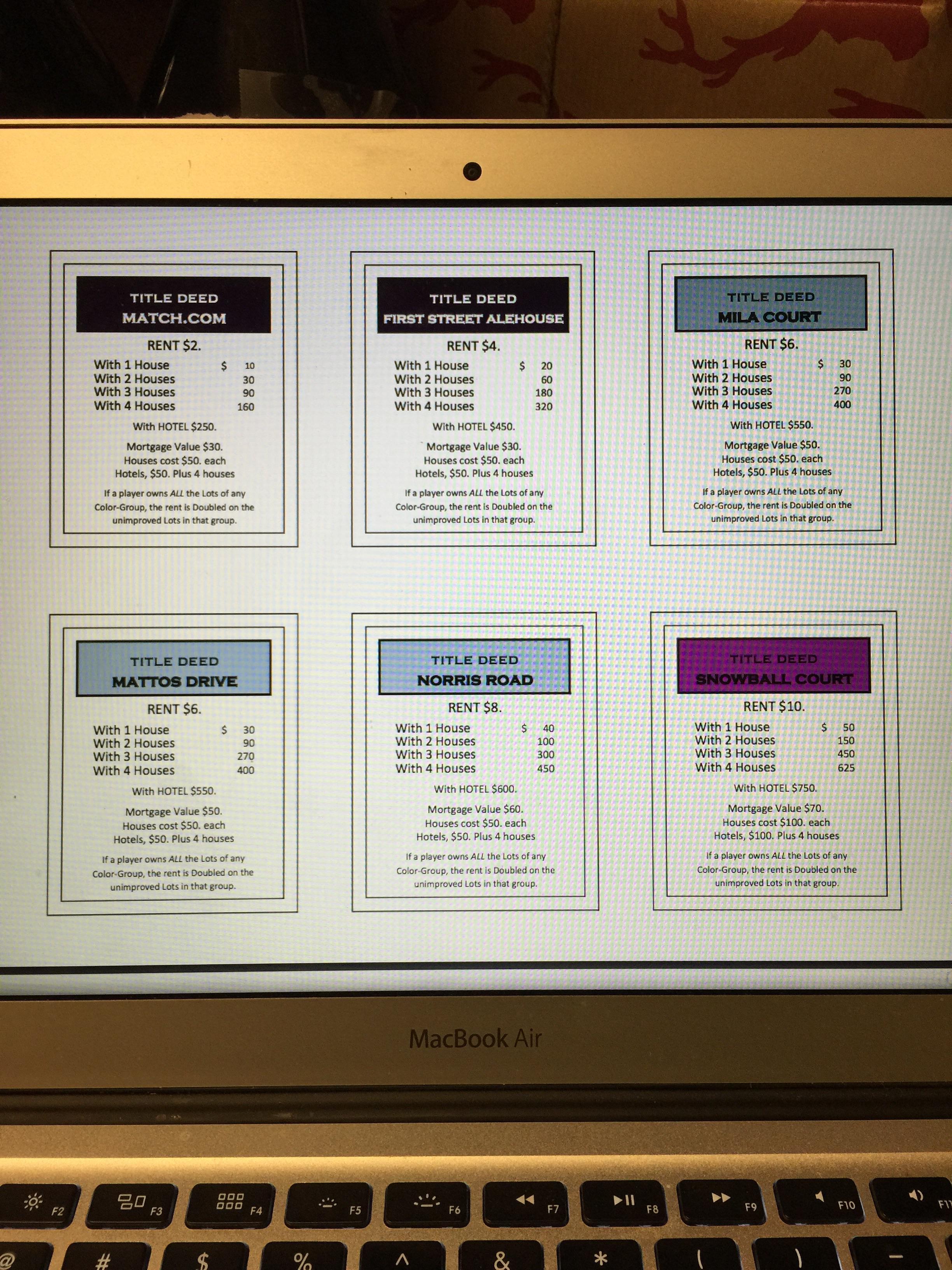 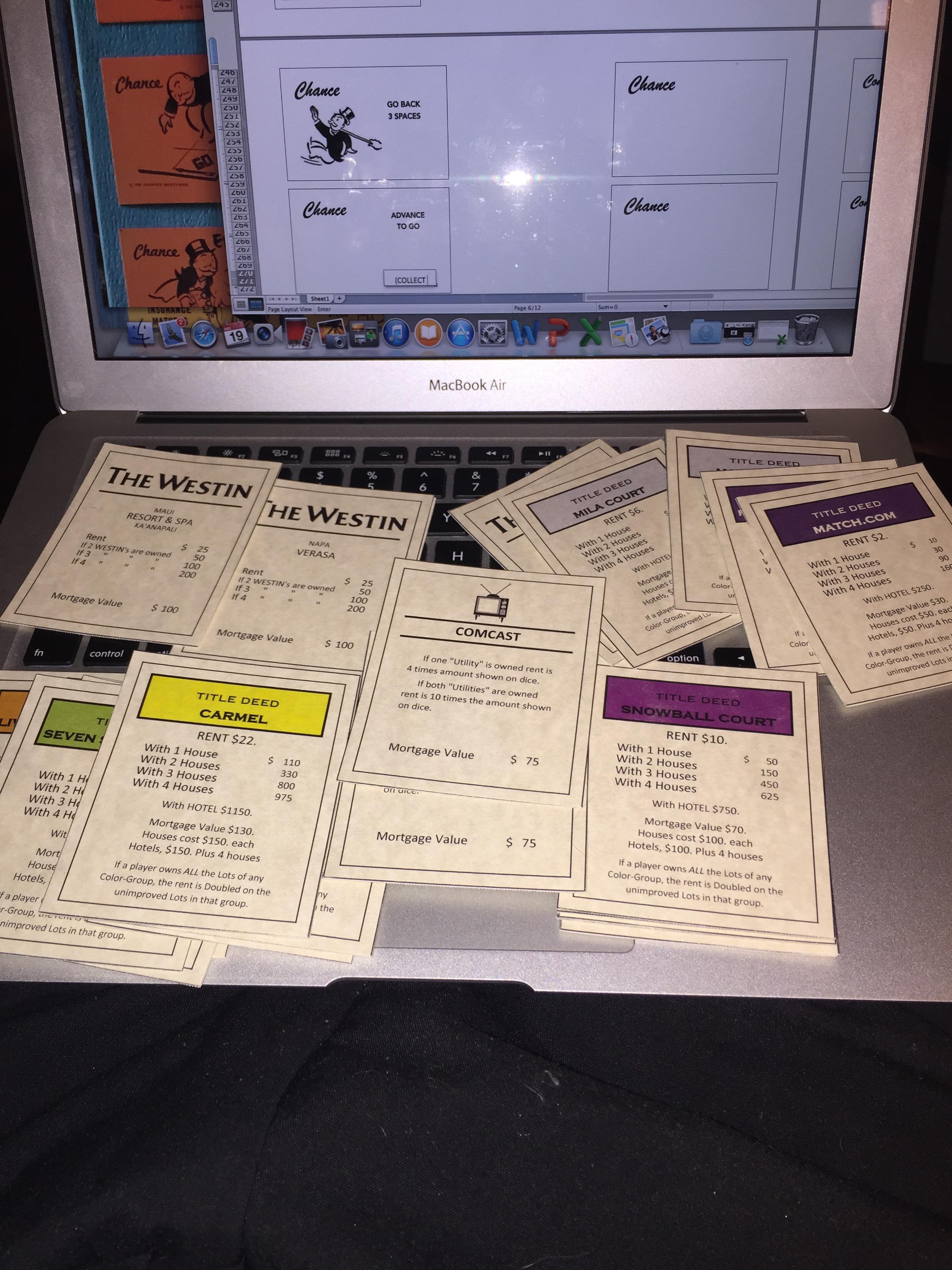 The wooden tray that was used to make the board didn’t look like much to start out with. 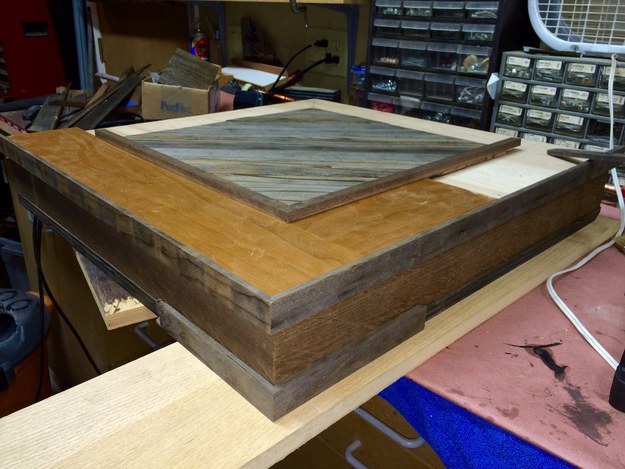 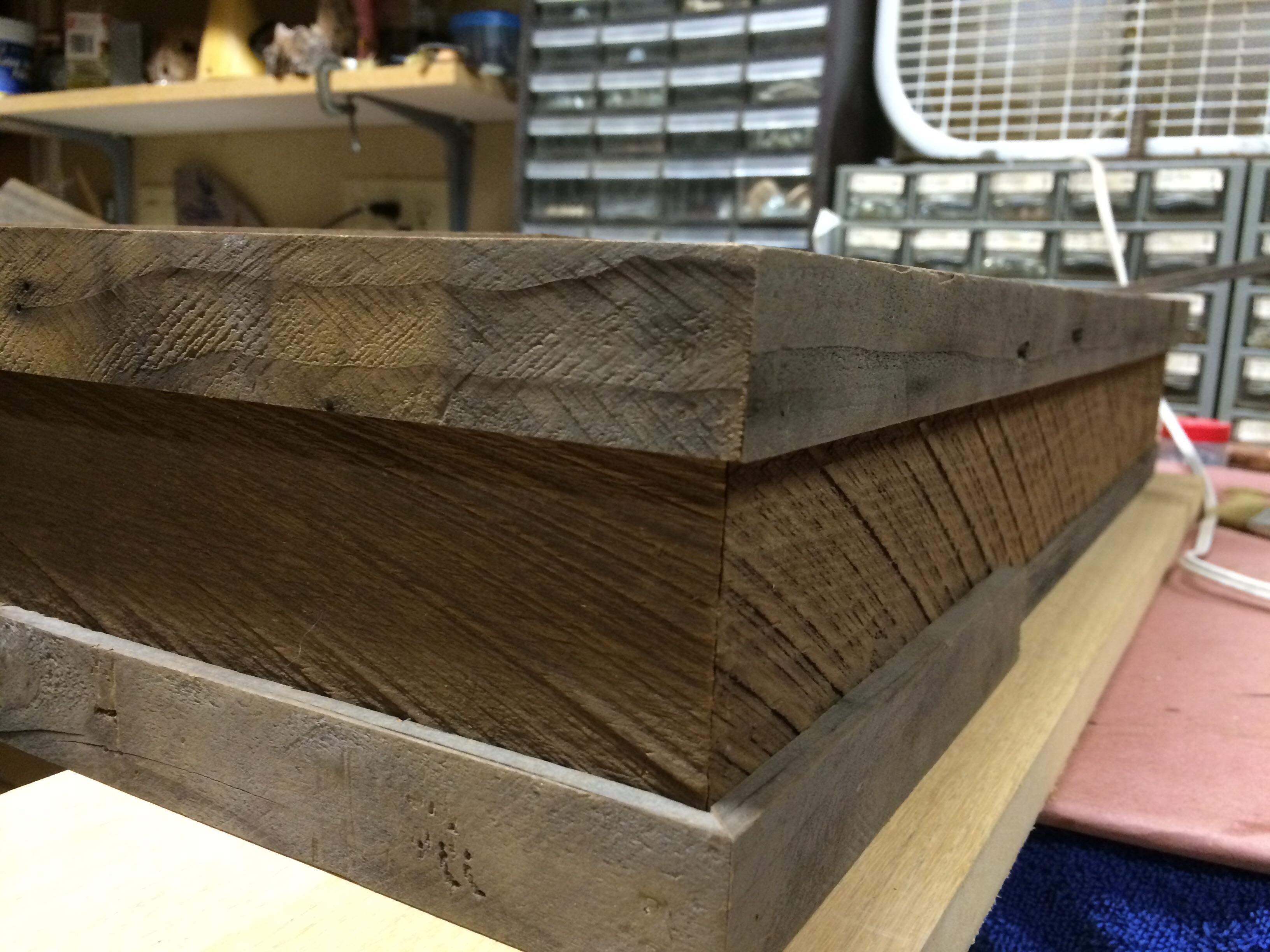 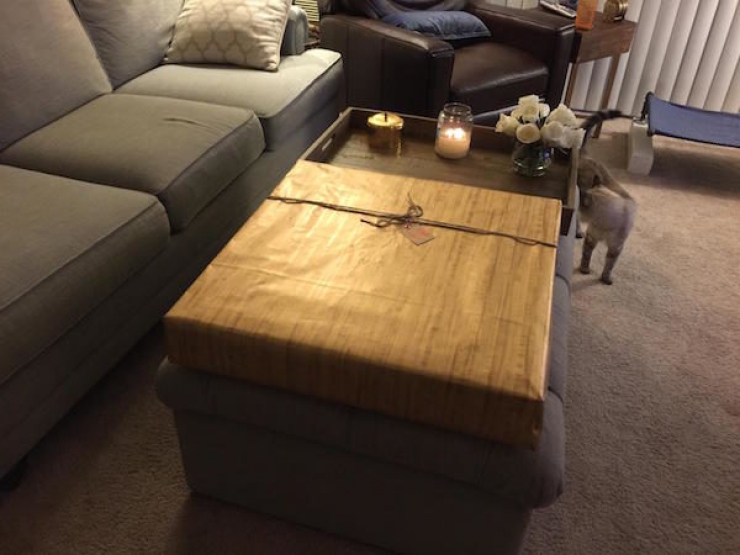 But the results are sublime and the wooden finish to the tray adds even more charm to the project. 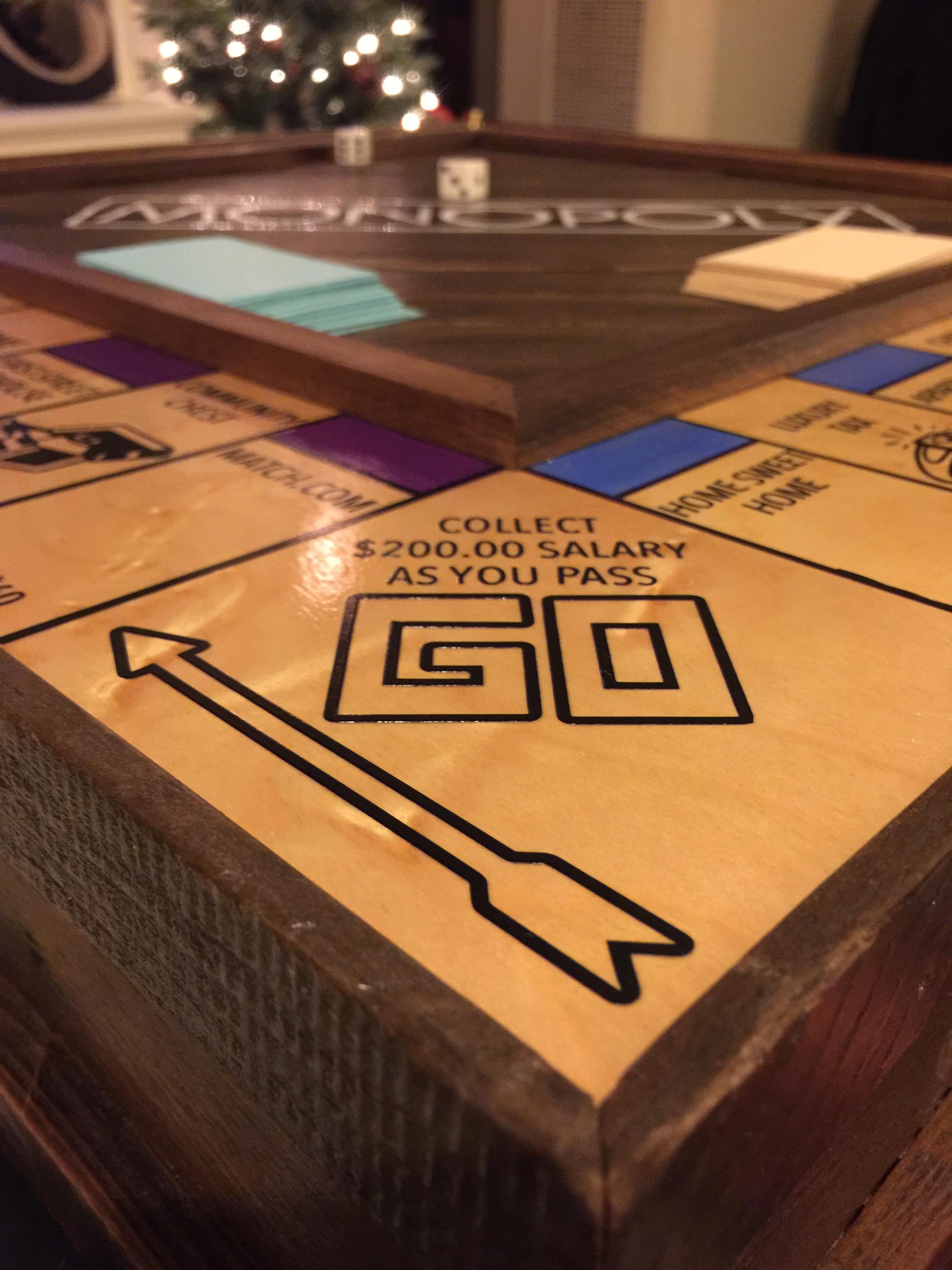 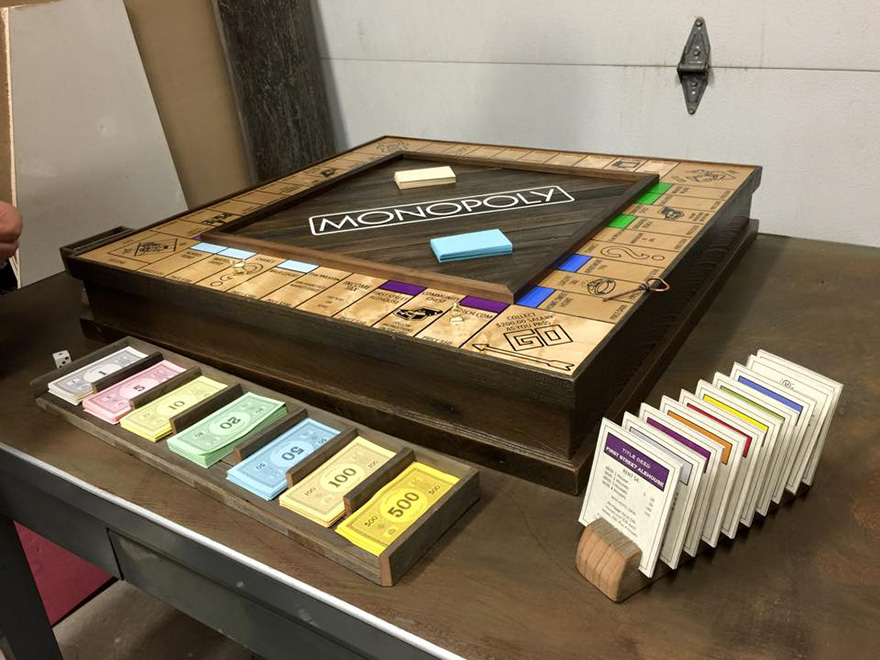 It looks so great, even the cat seems to want to play! 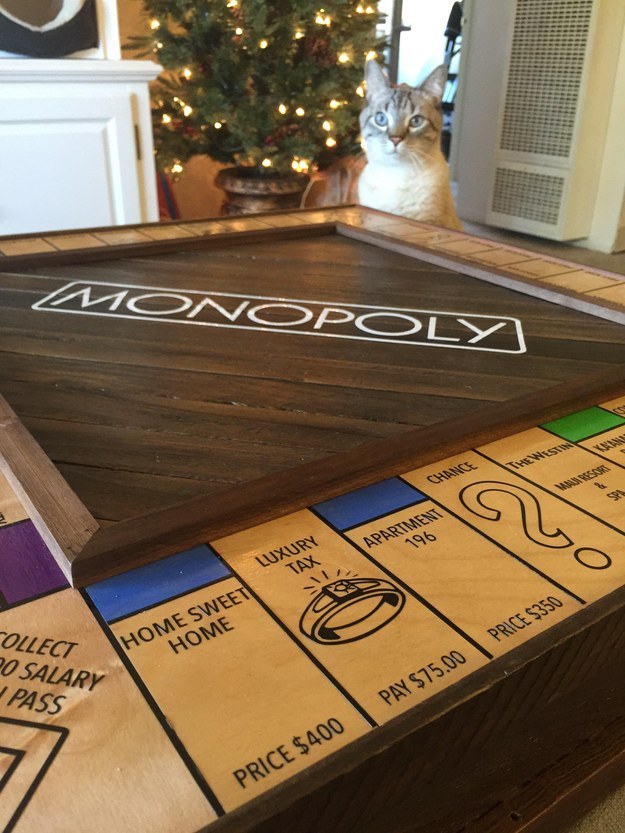 Here is a view from the underside. 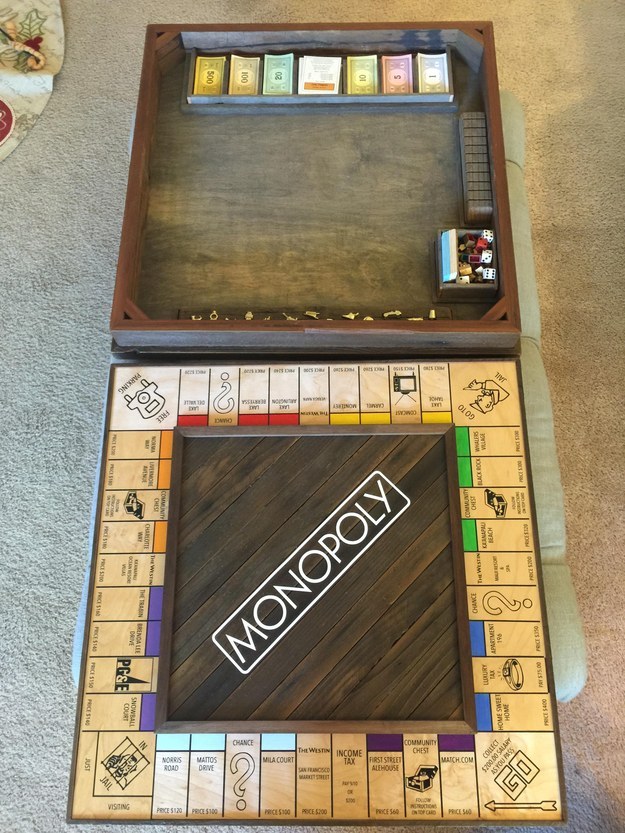 And an important detail, here are the dice that made it all possible. 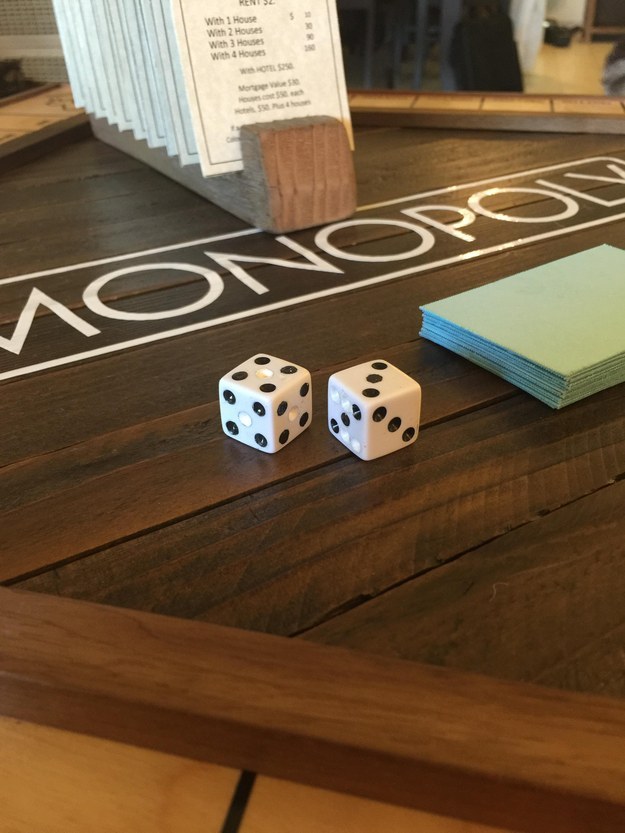 And the best card in the game… This ‘chance’ card, asking “will you marry me?”, which brought the young woman to the square on the board, under which the ring was hidden. 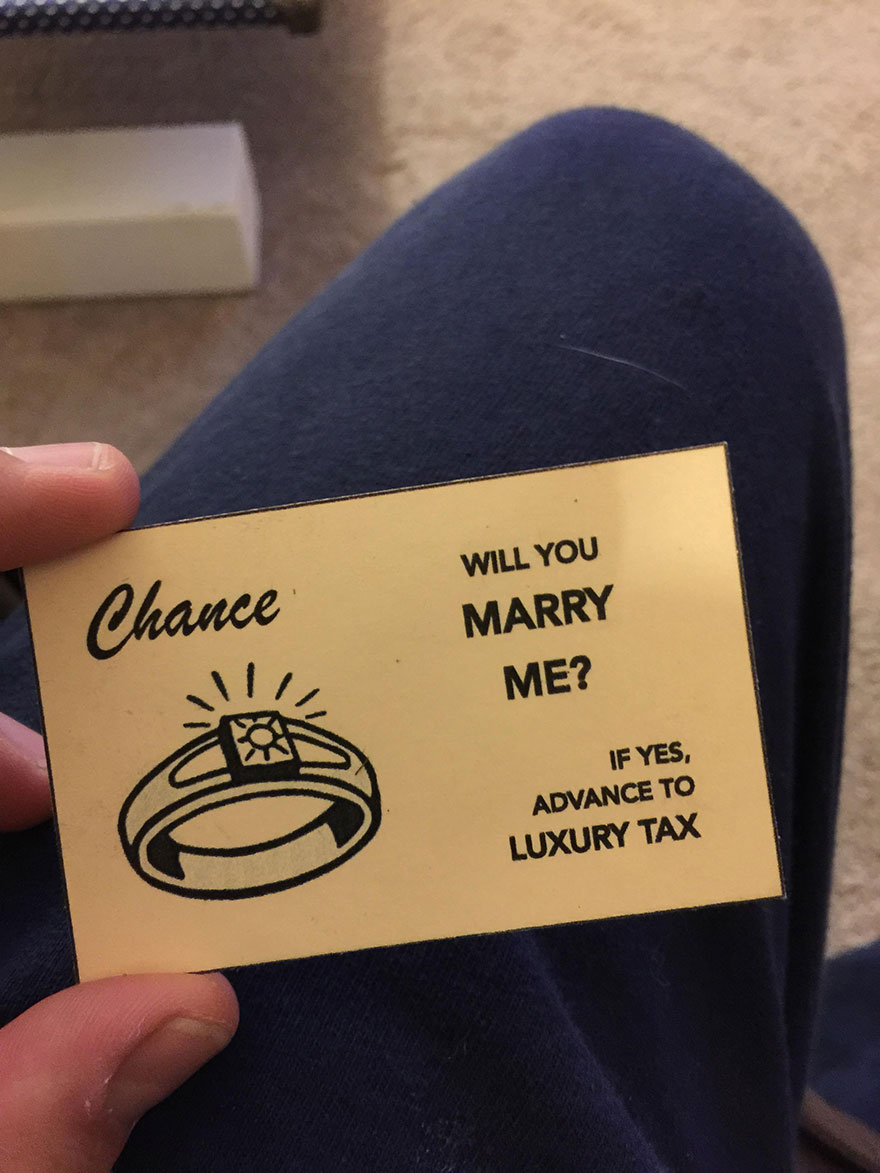 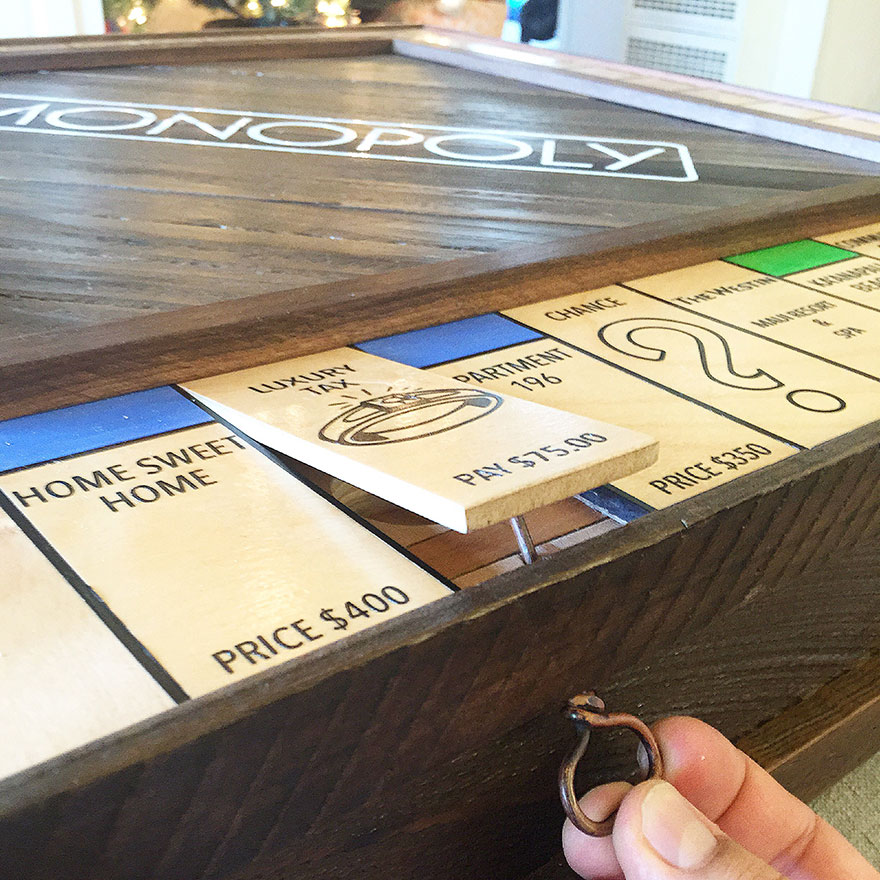 In the end, they were both winners when she said “yes”! (How could you say no to such an adorable question?) 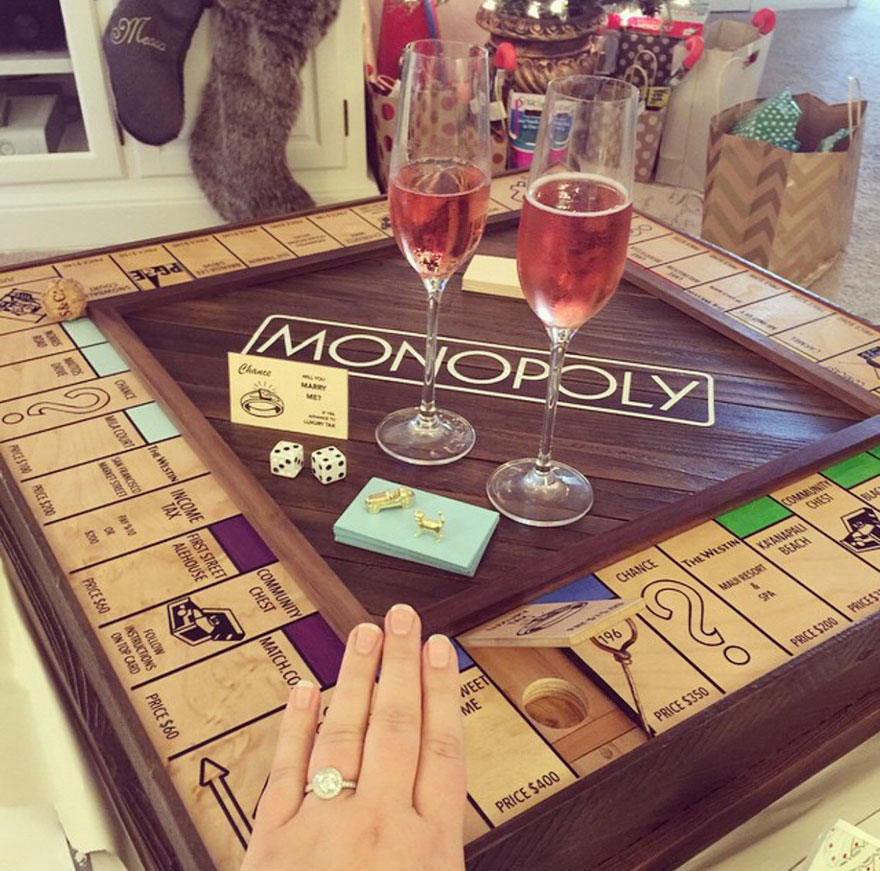 The couple in question: 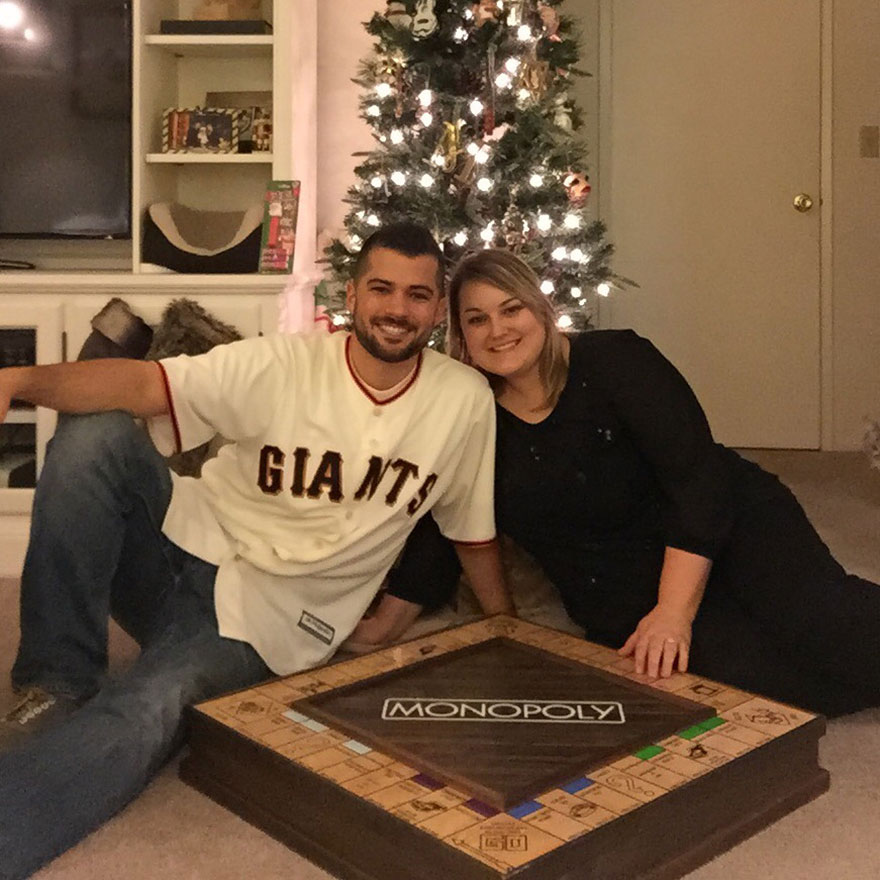 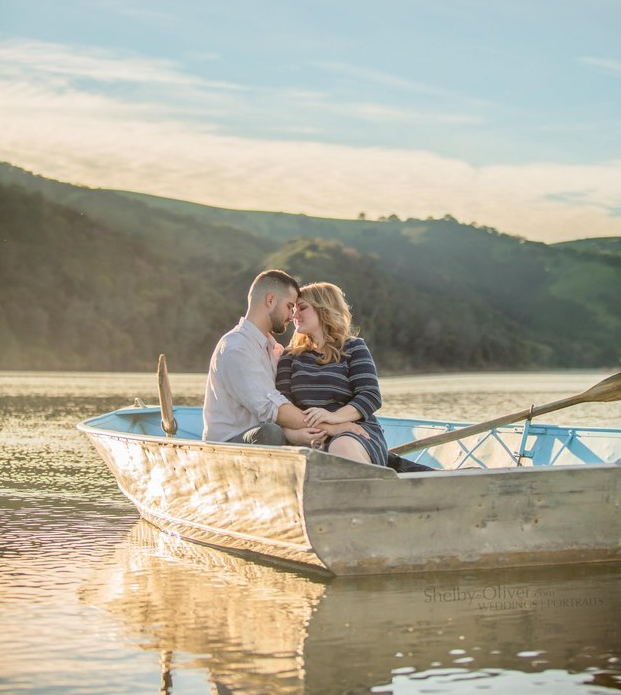